Holly and Tanager Clutch. This H&T Clutch something I’ve been looking for, for quite some time. When it comes to clutches, it’s the sleekest piece to finish off an outfit. Clutches can be big, small, any kind of fabric. But the only bad thing about clutches: they’re a pain in the A$$ to carry around for more than a red carpet photo opp рџ‰

To combat such clutch-issues, us millennials have adopted the cross-body bag. And while I love a good cross-body, that strap right down the center of my body, over a beautiful blouse or body suit, just doesn’t fly with me.

Which brings me back to why I prefer clutches. It’s hard though – I swear, I have such a positive mindsetВ at the beginning of the night, I say to myself, “You’ll be fine. This clutch, you have to hold in your hand the entire time, won’t annoy you at all!”

To combat such clutch-issues, us millennials have adopted the cross-body bag.

I’ve been on the lookout for something in between. IS THERE ANYTHING IN BETWEEN THOUGH!?

Alas! All can chill TFO, because: I’ve metВ The Sidekick MiniВ from Holly & Tanager. This sidekick is exactly who she claims to be! It’s a perfect combination of clutch and something I don’t have to hate for being fabulously convenient for me to carry around all night. This has a secret handle on the backside! I can loop it on my wrist or carry the handle if I get tired of clutching-it. Check it out:

The Sidekick Mini from Holly and Tanager.

How did I meet Holly and Tanager?

How did I meet Holly and Tanager? This is pretty cool story, you guys. A gal I went to GRADE SCHOOL with is now partners at H&T. There are two women who run the business – one lives and resides right here in Chicago, and the other (my elementary school, tall-est friend) in Dayton, OH (also the town I went to college in, small world). Alex Duffy of Duffy Dossier in downtown Chicago with Holly and Tanager – The Sidekick Mini.

Where did Holly and Tanager get their name?

Where did Holly & Tanager get their name? They are the cross streets where part-owner, Lindsay, grew up. How cool! That’s how I’d pick the brand name for a fashionable-something: pick a cool, semi-obscure, but totally and only obvious to me. Crypitcccc! 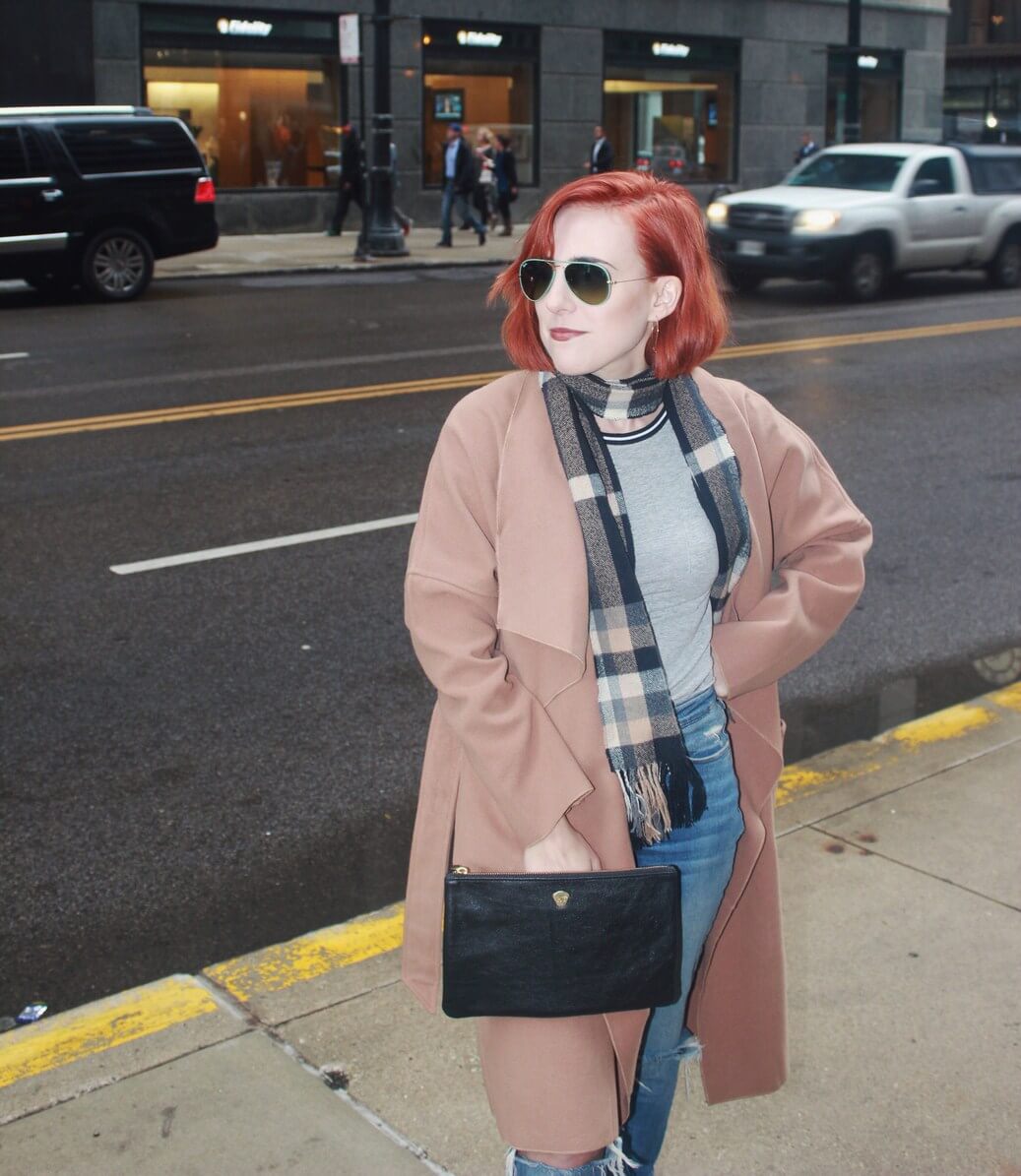 Alex Duffy of Duffy Dossier for Holly and Tanager.

“At Holly & Tanager, we understand the current frustrations many women face when searching for the perfect bag. So, we set out to create bags that are designed to keep up with you and your busy schedule. Our motto is when life gives you lemons, make lemonade – or really great bags!
Each bag from Holly & Tanager is made in the USA, supporting US communities. Founder Lindsay Lingle, discovered her love for business and learned to dream big at a very young age. One summer, Lindsay opened a lemonade stand at the intersection of Holly and Tanager when she was just 10 years old вЂ“ hoping to create a business. Though this was a small endeavor, it fueled LindsayвЂ™s desire to create something bigger – a value that runs deep within the Holly & Tanager culture.”В hollyandtanager.com

Before I forget (and I really can’t believe it’s that time of year ALREADY, butttt) H&T will hold a Black Friday/Cyber MondayВ sale this season! So be sure to follow @hollyandtanager on Instagram and FacebookВ and stay tuned for these sale alerts!

Photographer: Katie Hayes for DuffyDossier.com. Katie Hayes is the Community Manager for Grind, a co-working space, in downtown Chicago. To schedule a tour and learn more about Grind SpaceВ click here.

One Response to Holly and Tanager Clutch